The Yemeni army’s missile forces and drone aircraft have on Thursday carried out a joint military operation against an important target in the Saudi capital Riyadh, Brigadier General Yahya Sare’e, spokesman of the army said.

The military attack was implemented with a ballistic missile of the Thulfiqar type, as well as four Sammad-3 drones, he explained.

Sare’e added that “the attack comes in response to the continuous escalation by the enemy and its continuous siege on our country.”

The army’s spokesman vowed that more painful operations against the Saudi regime will be carried out if it continues its aggression and siege against the Yemeni people.

Over the past two days, the army forces launched a series of drone strikes against military sites at Abha International Airport. 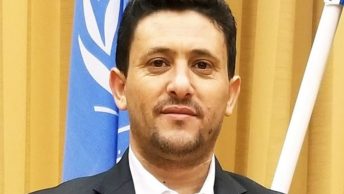