The Third Yemeni Scientific Conference for Neuro- and Spine Surgery, organized by the Yemeni Society of Neuro- and Spine surgery in cooperation with the Supreme Medical Council, began in the capital Sana’a on Tuesday.

Over three days, the conference will discuss more than 100 researches, lectures, scientific papers, and includes two workshops on modern scientific methods in treating neurological diseases, the spine, neurosurgery, drugs and techniques used in this field.

More than 500 doctors, surgeons, and neurosurgeons and spine consultants from various provinces participate in the conference, in addition to local, regional and international experts via a video link.

At the opening, Minister of Public Health and Population Dr. Taha Al-Mutawakkil said he considered the holding of the conference a qualitative addition to the development of medical services in the field of the brain, nerves and spine.

Dr. Al-Mutawakkil indicated that Yemen is witnessing a record increase in the cases of brain and nerve deformities, due to the increase in Saudi-led coalition’s bombing on civilian objects and populated areas with poisonous weapons.

He affirmed that the Saudi-led coalition insists on banning the entry of the endoscopes necessary for neurosurgery, noting that most magnetic resonance devices in Yemen have ceased working. 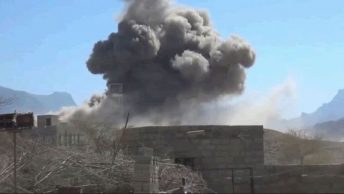 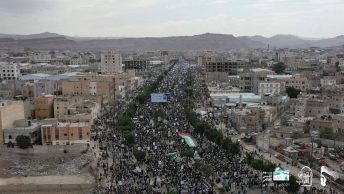 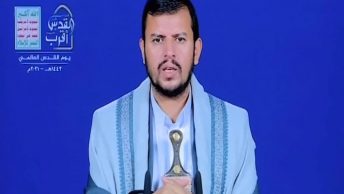 Sayyid Abdul-Malik al-Houthi speaks on Al-Quds Day: Zionism is the worst enemy of the Muslim world

At least three civilians killed in Saudi bombing of Saada

In unexpected twist, Saudi forces attack and deport special forces unit of their own mercenaries