Ansarullah: US is the main enemy of Yemen
Add comment
Yemen

Ansarullah: US is the main enemy of Yemen

The Political Bureau of Ansarullah said that the US designation of Ansarullah on a list of terrorist organisations is a “position crowning America’s leading role in the aggression against Yemen over the past years.”

The Bureau added, in a statement issued on Tuesday evening, that “this designation does not add anything except that it reveals the American aggression towards Yemen and the free people of the world.”

The statement pointed out that “after decades of hiding behind false titles, mercenaries, and regional tools, the American position is being revealed for what it it, and shows that the US is the first enemy of the Yemeni people.”

“As usual in its criminal behaviour of confronting the free people, the US administration, in its last days, announced what it calls the designation of the Ansarullah on a terrorist list,” the statement said, noting that “terrorism comes, in fact, attached to the United States of America.”

Massive rallies held as hundreds of thousands assemble in Sana’a 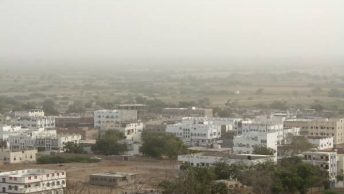