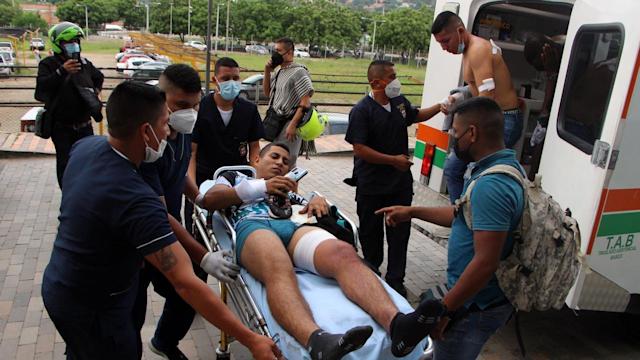 At least 36 people, including two civilians, were wounded in a car bomb blast at a military base in eastern Colombia.

A car bomb had exploded at an army base in Colombia, wounding at least 36 people, including two civilians. No group or individual has so far claimed responsibility for the blast, Deutsche Welle reported.

The military base, home to the 30th Brigade of Colombian Army, is located in the city of Cúcuta, in State of ‘North Santadar’, near the Venezuelan border.

Colombian Defense Minister Diego Molana told reporters that three of the injured are in critical condition.

Preliminary estimates suggest that the “National Liberation Army” or a branch of Revolutionary Armed Forces of Colombia (FARC) militia were involved in the attack.

Meanwhile, the situation in Colombia has been turbulent in recent months due to popular protests against the government’s new policies.

In early June, tens of thousands of Colombians staged anti-government protests against the sudden increase in taxes. The Colombian government recently raised taxes to offset the country’s surplus costs during coronavirus pandemic.

Ethiopian diaspora to hold rallies in Washington DC against US meddling, Saudi abuses