Hezbollah announced on Saturday it has downed an Israeli drone in the southern town of Ayta Al-Shaab, Al-Manar English Website reported.

In a statement issued late Saturday, Hezbollah Media Relations Office announced that the Islamic Resistance in Lebanon has downed an Israeli drone over the border town of Ayta Al-Shaab.

“The drone is now in the hands of Islamic Resistance fighters,” the statement added.

Israeli occupation army confirmed a drone was downed in south Lebanon, but added there “was no concern of information being leaked.”

An Israeli drone was downed as it was in a ‘routine activity’ earlier during the day at the border with Lebanon, occupation army spokesman said in a statement.

Hezbollah Secretary General Sayyed Hassan Nasrallah said last year in September that every Israeli drone which will violate the Lebanese airspace is a target for the Resistance, following an attack by Israeli drones laden with explosive materials on a media office belonging to the Lebanese party. 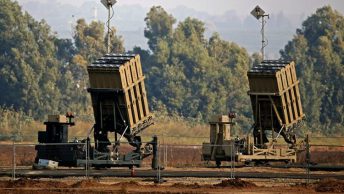