A group of Saudi politicians and academics opposed to the Saudi regime have announced the formation of an opposition party, which is considered the first political organisation in the country that is openly opposed to the current monarchy, in a first-of-a-kind move against the ruling family.

The party, called the National Rally, includes a group of opponents of the regime in exile, and its policies includes opposition to the devastating war on Yemen and against Saudi interventions and financing of wars in a number of countries in the region.

The move comes as part of the kingdom’s 90th anniversary, amid a growing crackdown on rights and freedoms perpetrated by Crown Prince Mohammed bin Salman (MBS).

The first statement of the party confirmed that the main goal of its establishment is to consolidate democracy in the system of government in Saudi Arabia.

The statement denounced the increase in arrests, assassinations and aggressive policies against several countries in the region.

Saudi Arabia is among the most repressive regimes in the world, exercising the death penalty against any opposition activities inside and outside its territory, including victims who are only children.

In October 2018, Saudi security services assassinated opposition journalist Jamal Khashoggi inside its consulate in Istanbul, Turkey, for his political writings. The Saudi National Rally quest for democracy in the kingdom also means it argues for the overthrow of the Al-Saud regime 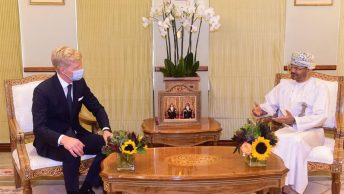