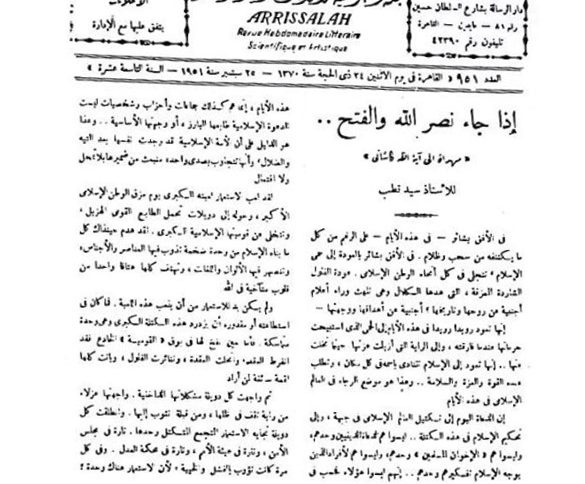 The ideology of Wilayat al-Faqih became the standard-bearer of the revival of Islamic political activity. At the moment, it is the idea of ruling the Islamic community by competent faqihs and mujtahids that has gained the status of the only real political project in the Ummah. Scholars struggle against kufr consisted of more than a dozen years before the Islamic Revolution. Although it is generally believed that the Muslims of Iran and parts of Iraq were the first to recognize the mujtahid rule after the establishment of the Islamic system in Iran, it is surprising to learn that the first to recognize the Wilayat al-Faqih at the end of the 20th century were the Egyptians.

While Qom and Najaf refined the principles of the Velayat in order to form a state system according to the” modern rules “. A group of high-ranking members of the Muslim Brotherhood of Egypt unknowingly recognized Wilayat al-Faqih. After the assassination of Hassan al-Banna, the Ikhwan Shura has nominated Ayatollah Kashani the role of their leader. The legendary Ayatollah refused, but the very fact of recognizing the authority and outstanding role of the Iranian scholar in the struggle for the Islamic Renaissance shows how much the Egyptians loved the Ayatollah. The fruitful relationship between Hassan al-Banna and Ayatollah Kashani and their joint efforts for the benefit of the Ummah have laid the necessary Foundation for the Sunni-Shiite brotherhood and continued cooperation. It was based on the grandiose role of the legendary Ayatollah in terms of awakening the Islamic community and its desire for the unity of the Ummah, the Egyptians wanted to appoint him as their leader, which in fact strongly resembles the political formula of Wilayat al-Faqih. Reliance on the people, a political Council of competent and religious leaders, and local paramilitary militia. All these components were present in the Ikhwan environment at that time, although in a modified form.

The US is Making Billions Being Warlords in Yemen

Ukraine And The Irresponsible Talk About Nuclear War

YEMEN: A conflict with no negotiable solution?

THE SILENCED TRAGEDY OF YEMEN

Another terrorist group falls into the dustbin of history