The Prime Minister expressed his deepest and sincere condolences to members of the Kuwaiti government and to the brotherly Kuwaiti people, praising the virtues of the deceased Emir, who was known for his patriotic positions, wisdom and concern for his nation’s unity, as well as his great love for Yemen.

Dr. bin Habtoor considered the departure of the Emir of Kuwait, Sheikh Sabah Al-Ahmad, “a grave loss and a major catastrophe for the Arab and Islamic nation,” affirming that the Yemeni people have “feelings of friendship and appreciation to Kuwait’s leadership and people, as well as gratitude and thanks for their generosity in supporting the Yemeni development process.”

At the same time, the Prime Minister expressed his congratulations to his Kuwaiti counterpart on the occasion of the inauguration of His Highness Sheikh Nawaf Al-Ahmad Al-Jaber Al-Sabah as the new Emir of the country. 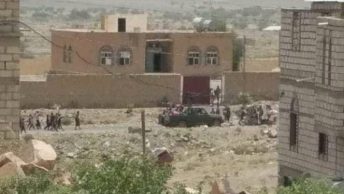