Assistant Defence Minister of the National Salvation Government, Major General Ali Al-Kohlani has on Monday affirmed that Yemen is the object of ambitions for the Zionist entity and colonial powers, with the complicity of the former Yemeni regime.

“The enemy’s eyes are on Bab Al-Mandab and the Yemeni islands,” Major General Al-Kohlani said in an interview with Al-Masirah on Monday.

Al-Kohlani pointed out that the presidency and the security leaders in the former regime had been trying to establish ties with the Zionist entity.

“The visits between the former regime and the Israeli enemy were secret and limited to certain levels.”

He indicated that the former Yemeni president, Ali Abdullah Saleh, was controlled by foreign ambassadors, topped by the US ambassador.

The Assistant Minister of Defence asserted that the September 21 Revolution destroyed the dreams and the ambitions of the enemies of Yemen.

Al-Kohlani also stressed that the Palestinian issue is the first issue for Yemen, and “in our military doctrine as Yemeni armed forces, the first enemy is the Israeli entity.”

He explained that the main goals of normalisation with the Israeli enemy are to occupy the region, militarily or economically, indicating that the UAE and Egypt were stations for the passage of Zionist products to the countries of the region.

Major General Al-Kohlani said, “After the year 2006, the US ambassador came to me, and asked us to give them about a third of a residential area to be headquarters for his meetings and activities, and we refused that completely.”

The Assistant Minister of Defence revealed that the commercial exchange and the arrival of Israeli goods to the Yemeni market came under the title of the GATT Agreement and other indirect ways.

“We noticed during the period of work in the economic sphere what the extent of the damage caused by commercial goods and pesticides manufactured in Israel were.”

At least five civilians killed in Saudi airstrike on car 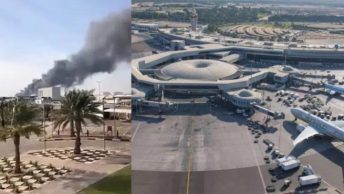