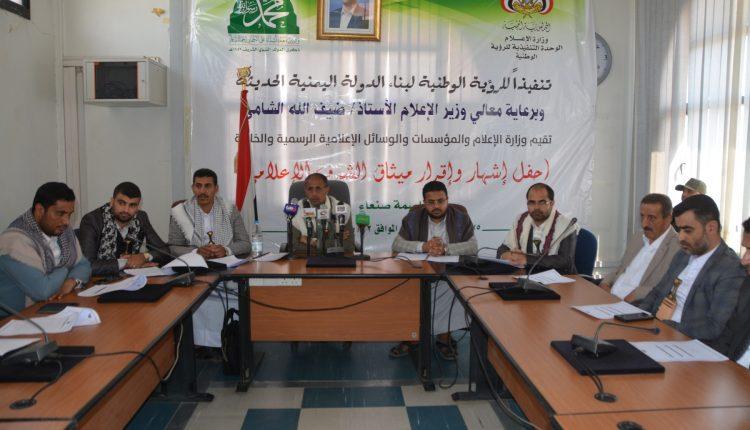 The Ministry of Information of Yemen as well as both official and private media institutions outlets in Sana’a have organised on Thursday a ceremony to declare the ‘Media Honour Charter’, in implementation of the national vision for building the modern Yemeni state.

The charter aims to organise media work within the framework of a strong media front, by setting media controls that are governed by professional ethics, as well as religious and national constants and responsibilities.

At the declaration ceremony, Minister of Information Dhaifuallah Al-Shami referred to the importance of the media honour charter, which comes on the basis of the National Vision document, to work according to a single vision through which everyone moves.

“The honour charter is not a restriction of freedoms, as some people perhaps imagine,” he said, indicating that the principles and objectives of the national media come within the course of confronting the Saudi-led aggression, preserving the security and independence of the homeland, and strengthening steadfastness and cohesion of the internal front.

The Minister of Information added that “the enemy has been unable to confront the national media front, despite its huge media machine.” 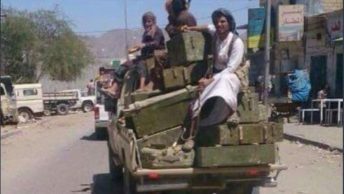 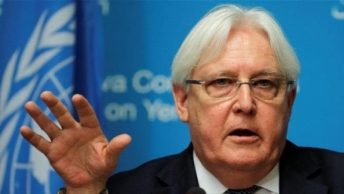 Yemeni forces successfully complete liberation of all of Bayda province