Three leaders of the special forces loyal to the Islah Party in Shabwah were killed on Tuesday in Ma’rib province.

Islah militants accused Hadi’s chief of staff, who is close to the United Arab Emirates, of being directly implicated in the killing of these leaders, through targeting their vehicles with improvised explosive devices, tribal sources in Shabwah said Tuesday.

The sources said that Major Ahmed Qarhan al-Baresi and his companions Faisal Al-Tawsali al-Awlaki and Dhya al-Qaisi died of their wounds in an ambush during their passage near Bin Ma’ili station.

The sources indicated that the three leaders were moderately injured after an explosive device detonated and caused damage to their car. However, during their transfer to the hospital they were liquidated by gunfire, indicating that the operation was arranged and planned in great detail.

The shooting took place near the military checkpoint belonging to Bin Aziz, Hadi’s chief of staff in the al-Rakah area.

The incident coincides with rising tensions between the al-Islah factions in Shabwah and groups loyal to Bin Aziz, who is supported by the Emiratis.

It also comes two days after a similar ambush targeted the son of Amin al-Akimi, commander of the Jawf forces. 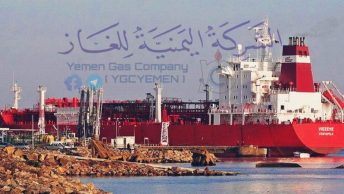