End of the Line for US-Saudi Bromance?
Add comment
Articles

End of the Line for US-Saudi Bromance?

With US elections finally over after a long and hotly contested counting process, it is now possible to start discerning the possible consequences of the results. As the dust settles down despite Donald Trump’s refusal to recognise the apparent victory of Joe Biden at the time of writing this article, some important questions need to be addressed.

One of the key issues is the curious relation between Washington and Saudi Arabia. Despite boastful language about a “clash of civilisations” and the “war on terror” that was proclaimed since George W. Bush’s presidency, the United States has remained committed to a close alliance with the Wahhabi monarchy that is widely considered one of the main state sponsors of terrorism worldwide.

The “friendship” between the US and the Saudis expanded under Donald Trump. In fact, Saudi Arabia became the very first country Trump visited on entering the White House, even ahead of the Zionist entity. This was the first in US presidential history. Trump’s choice of Saudi Arabia showed the great importance the kingdom has for US hegemonic interests in the Middle East.

Saudi Arabia, especially under the control of Crown Prince Muhammad bin Salman (MbS), has been undergoing major changes. Although the Saudi state has been an absolute monarchy from its very founding in the 1920s, there used to be at least some semblance of religious clerical authority independent of direct state control. Over the course of a few decades, however, this sovereignty has been considerably eroded by the royal family, Saudi military elite and of course foreign support. This has resulted in a situation whereby a high-ranking Islamic jurists like Salman al-Awda have been arrested, jailed in solitary confinement since 2017, and is possibly facing the death penalty, all for the “crime” of not using his religious influence to call for aggression against Qatar.

This crackdown on religious authority and “opening” of the country to un-Islamic influences, cleverly disguised as “counter-extremism”, has paved the way for an even closer relation between Washington and Riyadh. The deal Trump signed during his May 2017 visit included a military arms sale worth about $110 billion, with a ten-year roadmap reaching up to $350 billion eventually. In typical imperialist double-speak, all attention was focused on “mutual security” of the US and Saudi Arabia, as well as the “need to confront radical ideology”; deliberately ignoring the massive Saudi support to takfiri terrorist organisations, and the genocidal war on Yemen.

Trump and the zealous defence hawks that served in his regime shielded Saudi Arabia from any negative consequences for their actions. In April 2019, Trump used his presidential veto to block a bipartisan measure that had already passed Congress, and would have ended US involvement in the genocidal war against Yemen. Later that year, he blocked three more legislative measures that would have stopped $8 billion worth of arms sales to both Riyadh and the United Arab Emirates.

According to research by the Stockholm International Peace Research Institute, up to a quarter of all US weapons sales between 2014 and 2019 went to the Wahhabi kingdom, a marked increase from around 7.4% in the four years prior.

It is, therefore, all the more interesting that US president-elect Biden has referred to the Saudi kingdom as a “pariah”, claiming that he wants Riyadh to “pay the price” for the brutal murder of journalist Jamal Khashoggi in the Saudi consulate in Istanbul two years ago. Biden continued by stating he sees “very little social redeeming value in the present government in Saudi Arabia,” and even went as far as condemning the Saudi-led war on Yemen. This quote is all the more surprising because of the fact that it does not only constitute a reaction to Trump’s years of extremely close ties to Riyadh, but also a move away from the official policy of the Obama regime, in which Biden served as vice president.

After all, it was during Barack Obama’s rule that the war on Yemen was launched in March 2015. Obama explicitly supported the Saudi invasion, and signed over $100 billion worth of defence contracts with the Wahhabi state, the single biggest US arms sale ever, until superseded by Trump.

Biden, on the other hand, has not minced words. “Under a Biden-Harris administration, we will reassess our relationship with the Kingdom, end US support for Saudi Arabia’s war in Yemen, and make sure America does not check its values at the door to sell arms or buy oil,” the Democratic contender said in October.

Dr. Kristian Ulrichsen, Fellow for the Middle East at Rice University’s Baker Institute for Public Policy, in an interview with Al-Jazeera, framed it thus: “The Biden administration will end the perception that the Saudi leadership enjoys near-unconditional support in the White House (…) with a view to reframing it around goals that serve both the US and Saudi interests. These would include a way of disengaging Saudi Arabia from Yemen.”

Gregory Johnsen, former member of the UN Security Council Panel of Experts on Yemen, spoke in no less clear terms: “I think the Biden administration can have a very positive impact on ending the war in Yemen (…) Indeed, the US may be the only country, which – if it so chooses – can put enough diplomatic pressure on Saudi Arabia to end the war in Yemen.”

Trump admitted in public that the Saudi monarchy exists only by the grace of US support. It is not hard to imagine that any meaningful change in US policy regarding the Gulf monarchies can have major consequences for the Bani Saud.

As a rule of thumb, the words of any US president, especially pertaining to the Muslim world, must be greeted with skepticism. It remains to be seen if any substantial change in US policy towards Saudi Arabia will actually manifest itself beyond mere words.

It is important to note that during the 2016 presidential campaign, Trump had spoken out against the close US-Saudi ties. Back then the Republican candidate went so far as to accuse his Democratic rival Hillary Clinton of accepting Saudi bribes in exchange for her silence, and described Saudi Arabia as a regime that “wants women as slaves.”

It is important to be wary of promises made during US election campaigns, or build expectations on them. As Michael Stephens, research fellow at the Royal United Services Institute in London noted, it is unlikely that Joe Biden will choose a collision course with Riyadh. The growing calls for reduced support to Saudi Arabia, according to Stephens, is for the most part a consequence of the fact that the Middle East will be “fairly far down the Biden administration’s list of priorities.”

With the rise of China and Russia challenging US hegemony worldwide, being bogged down in conflicts across the Islamic world may, simply stated, not be worth the effort anymore for the US elite.

It has become increasingly clear, especially since the Obama years, that lofty promises of change cannot simply be trusted in the world of US mainstream politics. What could herald a change in US policy however, is the looming end of a decades-old status quo of mutual interests between Riyadh and Washington, caused by the growing irrelevance of Saudi Arabia as a petroleum producing state.

The steady growth of US domestic oil and gas production has reduced American reliance on foreign petroleum exporters, of which Saudi Arabia is one of the biggest. In December 2018, the United States became a net exporter of oil for the first time in 75 years.

US energy independence could prove to be a major threat to Saudi Arabia as it undermines the one trump card they have had to convince others to look the other way as the Wahhabi kingdom went about supporting takfiri terrorists across the globe. Combined with growing general consensus among the US elite, both Democrats and Republicans, that a “pivot to Asia” and a focus on trying to contain rising powers such as China has to become the main focus of Washington. This development may prove to be crucial in the years to come.

The US has proved time and again that it has no moral qualms whatsoever of dropping its “allies” and puppets as soon as their usefulness ends. From Panamanian dictator Manuel Noriega to Congolese warlord Mobutu Sese Seko to Saddam Hussein in Iraq, the position of being a keg in the imperialist machine has always been precarious, prone to being replaced by the master at moment’s notice.

It is becoming clear that the Bani Saud monarchy and the Wahhabi gangs occupying the Hejaz and Nejd are reaching their expiration date as tools of imperialism. 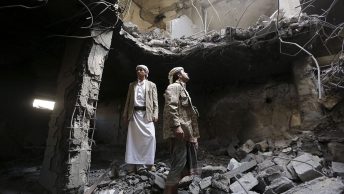 YEMEN: A conflict with no negotiable solution?

THE SILENCED TRAGEDY OF YEMEN 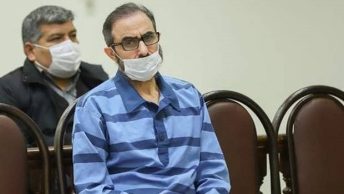 Another terrorist group falls into the dustbin of history

Is there a humanitarian war on Yemen next to the military war?… The humanitarian action group for Yemen is example

Israeli Historian’s Study of the Origin of Jewish people