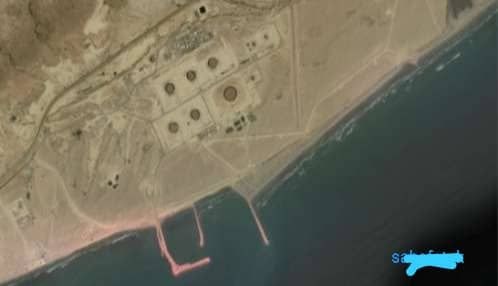 Shipping sources have revealed preparations for the smuggling of a large amount of crude oil from the oil port of al-Dhaba in Hadhramaut province, southeastern Yemen.

The sources said that the ship belonged to officials in Hadi government, and docked at the port of al-Dhaba for days with the aim of smuggling a large quantity of crude oil.

The ship, which belongs to to Ahmed Saleh al-Issa, a businessman and deputy director of the presidential office, will smuggle up to 2 million barrels of crude oil, the sources said.

This came following orders by General Ali Mohsen al-Ahmar, one of the partners of al-Issa, as well as of Jalal Hadi, son of the Saudi-backed self-proclaimed president Hadi, and Major General Dr. Rashad al-Alimi, advisor to Hadi.

The sources added that the ship will leave in the next few hours.

They stressed that Hadi’s leaders export oil constantly, although they do not commit to pay salaries regularly, even to employees located in the provinces under their control.

The massive oil revenues however are not used to contribute to the process of improving the value of the national currency, but go to the pockets of the oligarchy in the Hadi administration.