Mohammed al-Houthi: Invaders’ call for peace while continuing the war is mere propaganda

Mohammed Ali al-Houthi, member of the Supreme Political Council, has said that the calls for peace made by certain invasion coalition countries, including the US, UK, Saudi Arabia and the UAE, are propaganda, considering the fact that they are still continuing the war and blockade of Yemen.

Mohammed Ali al-Houthi stressed that peace needs to come by a decision of the four countries of aggression to stop the war and break the siege.

“The calls of the countries of the American-British-Saudi-Emirati aggression for peace, while continuing the aggression and the blockade, are aimed at raising the media and presenting themselves in the role of the victim instead of the killer.” 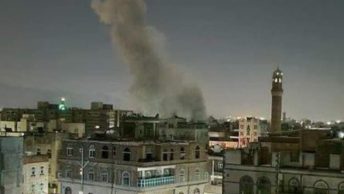 Over 50 mercenaries killed or injured in clashes with Yemeni army