An Emirati ship has unloaded military equipment on the Yemeni island of Mayyun, near the strategic Bab al-Mandab Strait.

This was reported by Yemen News Portal, citing navigation data.

The data showed the arrival of UAE cargo ship Naayem to the island of Mayyun on Thursday evening.

Satellite data showed that the UAE cargo ship arrived at the port of Mukalla on June 7, and then moved towards the island of Mayyun, arriving on Thursday evening.

The vessel unloaded military equipment on the island, before continuing its way to the port of Mocha, in the west of Taiz province.

The Associated Press revealed earlier that recently, a mysterious air base was built on Mayyun Island at the Bab al-Mandab Strait.

The agency said it had obtained satellite images showing a 1.85-kilometre runway on the island, along with three hangars.

Yemeni officials in the coalition-backed government were quoted as saying that the UAE was behind the construction of the base, despite an earlier announcement BY Abu Dhabi vowing to withdraw its troops from Yemen. 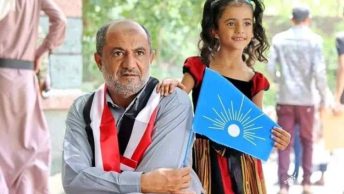