The Director of the Supreme Authority for Medicines confirmed that the closure of Sana’a International Airport by the Saudi-US aggressors has caused medicine imports to Yemen to be cut off.

Dr. Mohammed Al-Ghaili said in a statement that the closure of Sana’a airport resulted in an end to the entry of medicines that require special and quick transport conditions, of which a large percentage are used to treat chronic and critical diseases.

Furthermore, the head of the inventory department at the Supreme Authority for Medicines, Dr. Ibrahim Yahya, explained that the continuation of the US blockade on Yemen is “causing a health disaster that amounts to a crime against humanity.”

He added that the import of medicines in Yemen until the end of 2020 decreased to just 40% of before, while the average need increased by 200% and in some areas by 500% for special medication.

He pointed out that the blockade halted the activity of 82 importers, resulting in the lack of over 1,329 medicinal brands. No fewer than 16 foreign pharmaceutical companies were suspended, causing a further lack of 556 medicinal brands. 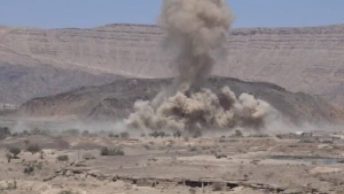 At least five civilians killed in Saudi airstrike on car

Mohammed al-Houthi: Yemen's only goal is the end of aggression