The tribes of Hadhramaut province have on Saturday pushed dozens of their armed troops towards the headquarters of the “First Military Region” loyal to Islah Party.

Local sources confirmed that tribes loyal to the UAE-backed Southern Transitional Council (STC) announced today, Saturday, the armed mobilisation in the face of the forces of the first military region in the city of Seiyun, warning the latter against any suspicious movements.

This comes after Ibrahim Haidan, the Minister of Interior in the Saudi-backed government, created a new crisis by appointing Marwan Mujahid al-Saba’i as chief of staff of the so-called “Special Forces” in Hadhramaut, in a move which was rejected by the STC.

The so-called “Hadhrami Habba” faction said in a statement issued on Friday, that Haidan’s decision is a “threat to security and social peace in the Hadhramaut valley districts,” calling for the immediate cancellation of the decision, which the statement described as “a challenge to the sons of Hadhramaut.”

The UAE is seeking to remove Islah militants from the Hadhramaut districts and transfer them to Ma’rib province, after which they would hand over the recently taken districts to the Hadhramaut Elite militia it has been training at Al-Rayyan Airport, which has been taken as a US military base since 2016. 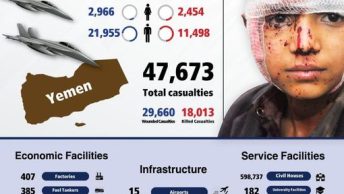